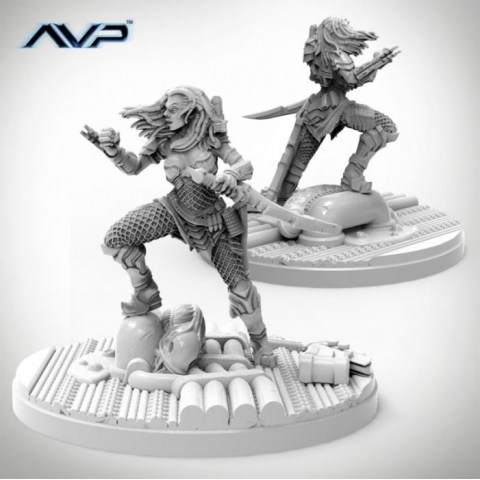 A physically short and strong human, Machiko Noguchi was employed by the Chigusa Corporation to be the administrator in charge of the Prosperity Wells colony on the planet Ryushi. After helping a Yautja Elder defeat his Queen nemesis, she was deemed worthy of the Mark and was allowed to live among the Yautja and hunt with them. She did this for years, sometimes ridiculed or bullied because she was human, until at some point she choose to return to the company of humans, betraying her clan. Ever since, Machiko is split between the thrill of the hunt and her human heritage.