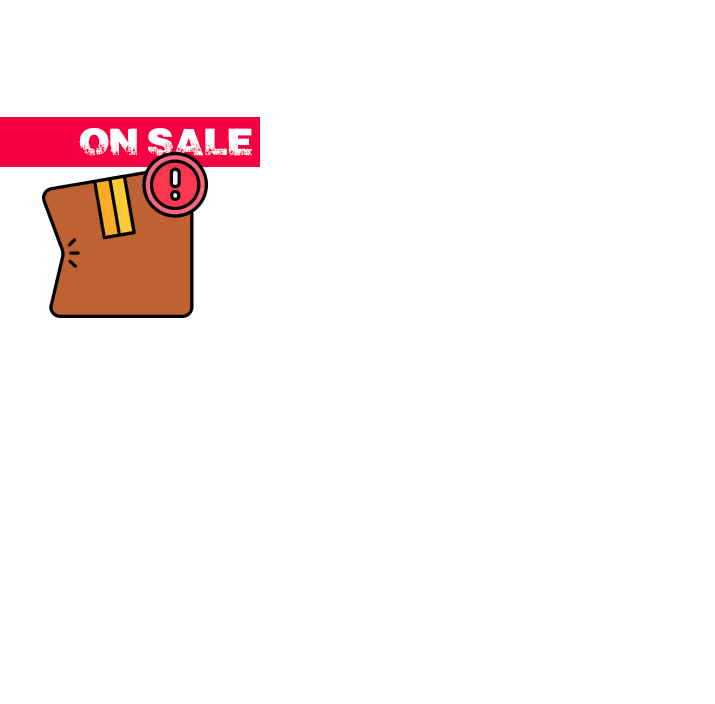 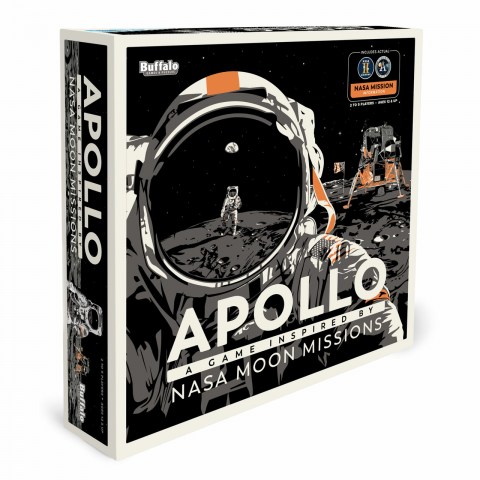 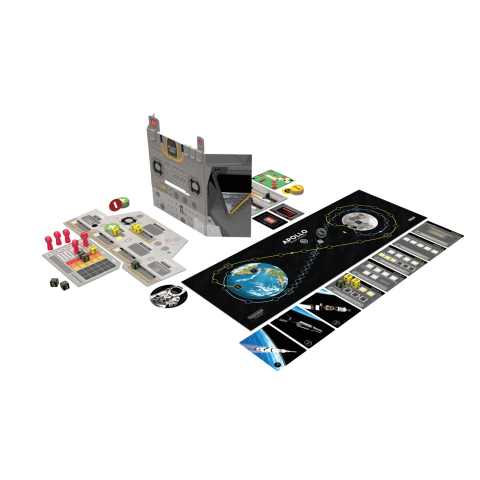 You are “Go for Launch!”

1961. President Kennedy challenged the nation to land astronauts on the moon by the end of the decade. Now it’s up to you to walk in the footsteps of NASA’s pioneers and embark on the missions that made history… FOR ALL MANKIND

Play as MISSION CONTROL and ASTRONAUTS. Work together and strategize to complete flight stages, overcome obstacles, repair the spacecraft, and keep communication clear. It’s the team that determines if the mission SUCCEEDS or FAILS.

One player takes on the role of Mission Control on Earth, while the other players are Astronauts up in the command module. Astronauts must guide their craft through multiple flight stages by maintaining their flight systems including life support, power, comms, and flight control by rolling dice and assigning them to their tasks. In addition, Astronauts are charged with completing experiments by rolling dice and assigning them to their experiment, but they don't have all the information that they need to complete them. Mission Control can spend tokens to relay key pieces of information to the Astronauts that they need to complete their tasks or to aid the Astronauts by providing bonuses to their dice or boosting systems. Mission Control also tracks the flight and experiment progress on the ground via a panel of sliders. Failure to maintain flight systems can cause disasters like comm failures preventing Mission Control and the Astronauts from talking to each other.

Missions are based on real-life NASA missions and missions are won by completing varying numbers of flight stages and experiments based on the mission.