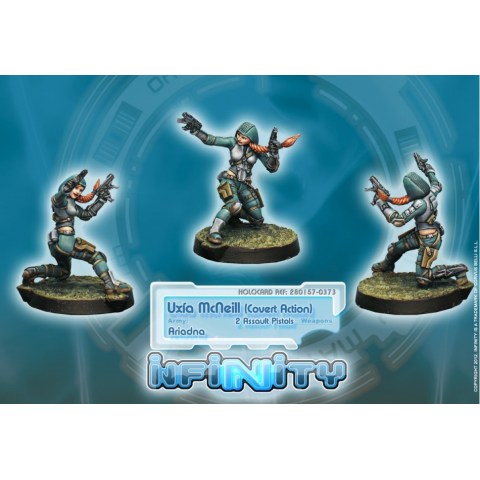 The question we have to ask ourselves about Uxia McNeill is not why, after so many years of service performing special operations, does she still hold the rank of Corporal; but how it is possible that a woman with such a record of bad conduct is still part of the Ariadnan army.

Let's take as an example case EH-5B004929, which you will find in an attached file. Both the Military Police and the military attorney were completely convinced of Corporal McNeill's guilt in the deviation of weapons and military supplies to a smuggling network of Irmandinhos, the items destined for the black market. However, the military judge ceased the proceedings because of "lack of evidence". The word is that there were pressures coming from the highest military echelons for the case to be closed without any formal investigation. We think that smuggling operation was one of the ways to clandestinely fund the Stavka's black ops, and that Corporal McNeill is one of their main undercover operatives.

This drives us to what has to be our main investigation topic. Why does the Stavka send us one of their best secret agents, making us believe she is nothing more than an assault commando with a penchant for really bad behavior?

Lieutenant Mary Cavendish, Psi Unit, O-12?s Military Intelligence, recorded for the AEC's Monitoring Commission. Sessions on board on the frigate Categorical Imperative of Bureau Aegis, in orbit over Paradiso.

Miniatures are supplied unpainted. Preparation and assembly may be required.