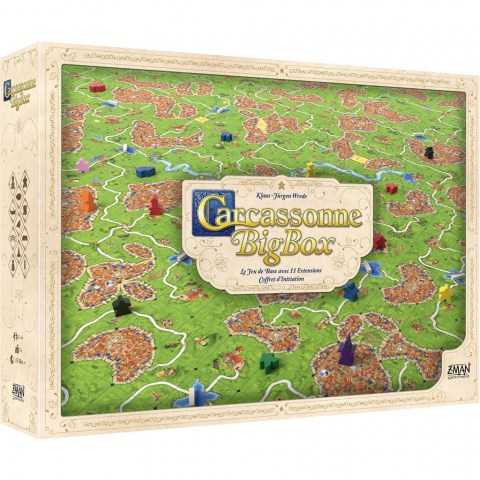 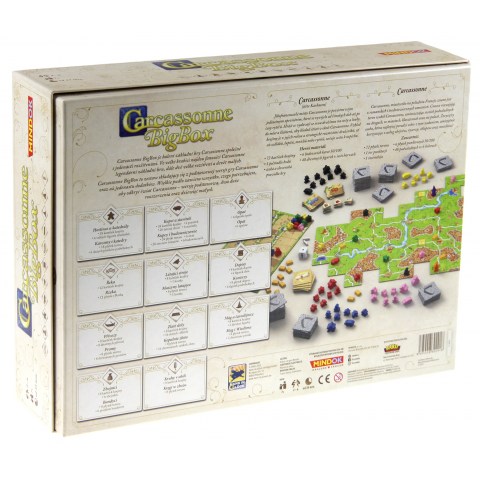 Twenty years after its Spiel des Jahres, the "Big Box" from Carcassonne is getting a makeover!

This box is the perfect introduction to the world of the most famous tile laying game. Simply start a game of the Basic Game, leaving aside for this time the various expansions included (11 expansions), and from the second game, you will be able to introduce the peasants into the game. In the following games, you will adopt Inns & Cathedrals, then Merchants & Builders, and so on.

In the end, you'll play the Carcassonne you like, keeping only the expansions you love and leaving out those you're less fond of, or that don't fit in as well with the others according to your sensibilities.