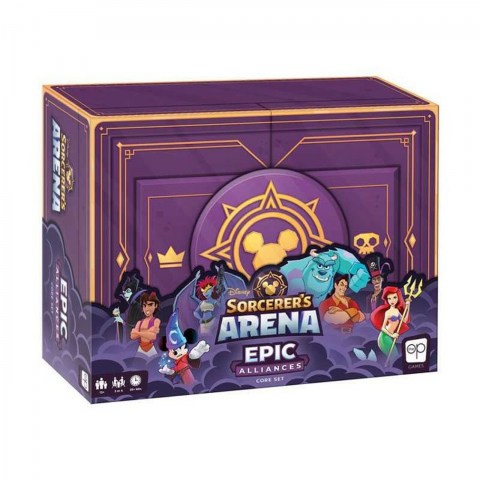 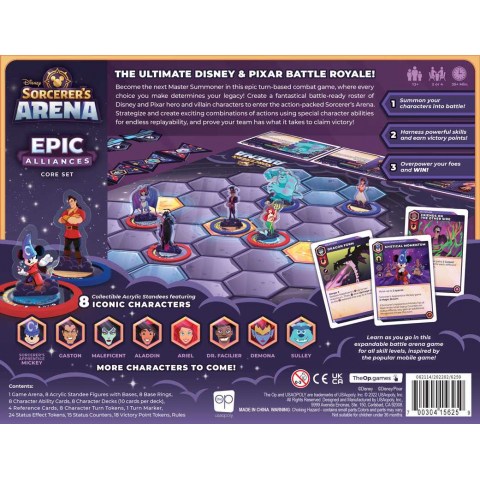 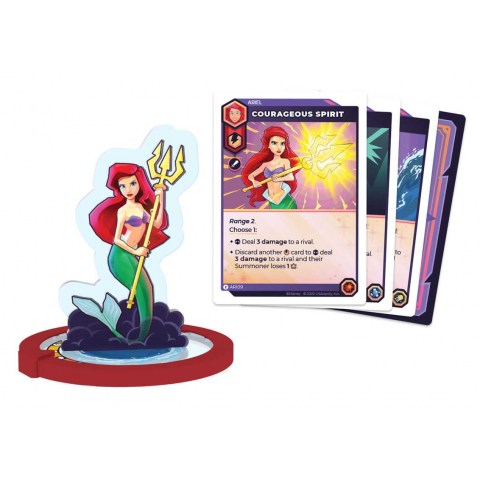 Become the next Master Summoner in this Disney-themed strategic battle arena game, where every choice you make determines your legacy! Learn as you go in this expandable tabletop game inspired by the popular mobile game, overpowering your foes to win the ultimate Disney and Pixar battle royale!

Recruit a fantastical battle-ready roster of Disney and Pixar heroes and villains, creating incredible combinations that provide endless replayability. Once you’ve summoned your characters to battle in the Sorcerer’s Arena, strategize their every move using their unique abilities to earn the most victory points.

Players take turns using standard actions and cards from their hand to move their characters and attack other characters. Victory points are scored by knocking out rival characters and occupying special Victory Point spaces at the center of the Arena.

The game ends at the end of the final round, triggered by either a player reaching 20 points or a player running out of cards in their deck.

The player with the most Victory Points at the end of the final round is the winner.