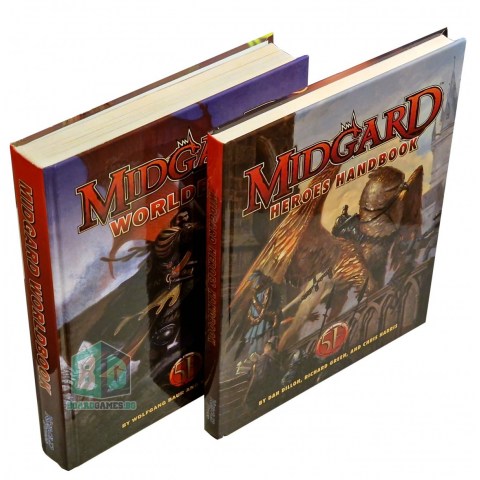 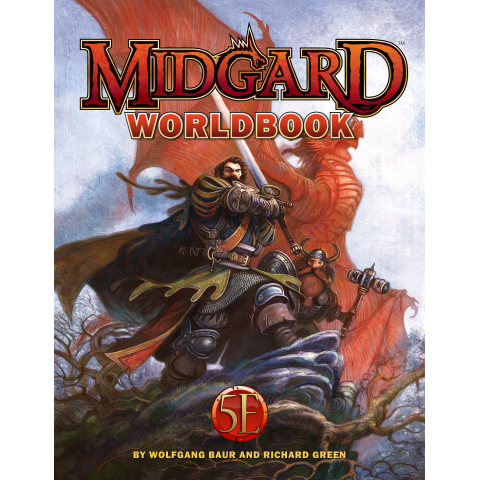 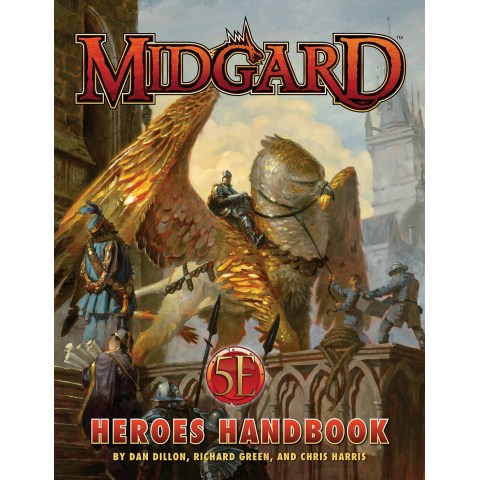 Many say the age of heroes is dead. Bifrost, the bridge to glory, fell long ago. Now, Midgard is lost in an age of war: of dark wilderness, and lost empires sunk beneath the waves. Only magic and the warmth of hope keeps lights aglow when dread things prowl and priestly wardings shake, bent by demonic rage.

What’s more, sinister forces are forming new and terrifying alliances throughout the world. The roads to the shadow realm are open again, and the fey have returned to claim their ancient tribute. In the north the giants prepare for Ragnarok, while the goblins in the west grow restless. In the Crossroads, the shadow of the vampire princes falls across the land. The World Serpent is stirring—and not even all-knowing Baba Yaga can say what will happen next.

This complete campaign setting, fully updated and expanded for use with 5th Edition D&D, provides DMs everything needed to send their players on adventures against the dark, driving it back with spell, steel, and cunning!

• Revised and expanded lore of the planes, history, calendars, and conflicts of the world

• Characters from Baba Yaga to the lords of the Dragon Empire, from the hard-working folk of Zobeck to various elven holdouts of Dornig and the vampire lords of Morgau

Welcome to a world of dark roads and deep magic, where you can match wits with Baba Yaga, set sail for uncharted islands with minotaur corsairs, and face the fury of the giants in the icy north!

The Midgard Heroes Handbook for 5th Edition has everything you need to create a character for a 5th edition Midgard campaign, including full details on 11 new races and 4 variants on standard races. Roll up a trollkin barbarian, a ravenfolk fighter, a kobold rogue, and more.

The shadow roads are open, and the World Serpent stirs in its sleep. Adventure awaits the bold!