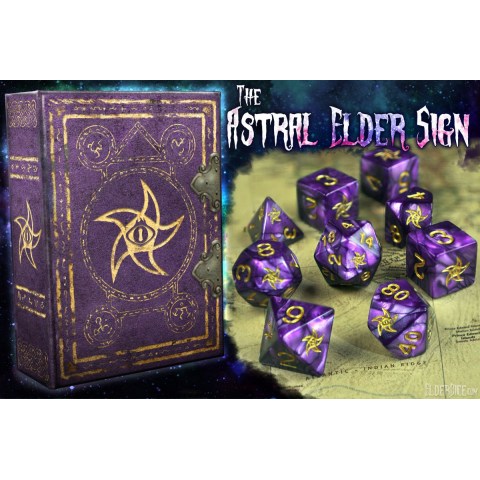 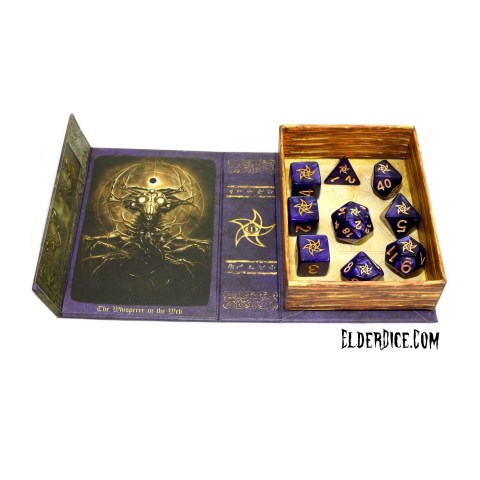 roleplaying game. They are also great for enhancing your favorite board games. This set features the star-shaped Astral Elder Sign. It is a protective ward against the less-savory immaterial creatures of the world. The symbol replaces the highest value of each die.