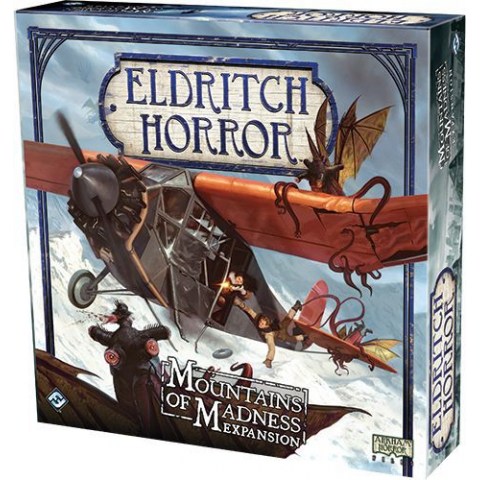 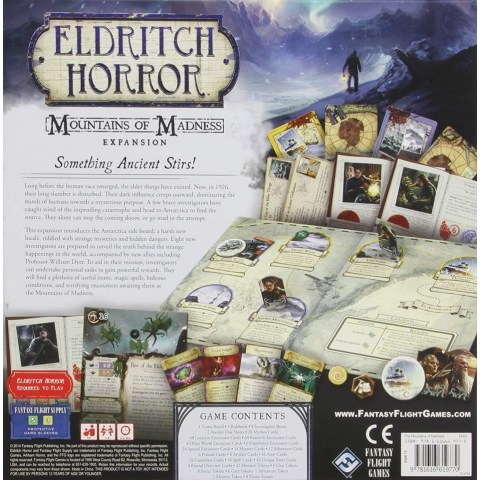 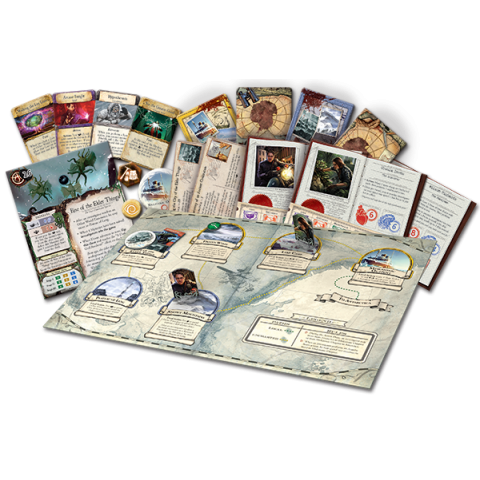 Explore the farthest reaches of Antarctica in Mountains of Madness, the second expansion for Eldritch Horror. Inspired by H.P. Lovecraft’s novella about an Antarctic expedition ravaged by inhuman, prehistoric creatures, this expansion allows you to trace the doomed expedition’s path and enter the immense City of the Elder Things. What happens in Antarctica has worldwide repercussions – freshly-awakened horrors are spreading across the globe. Monsters and mysteries are surfacing in areas long considered safe.

Eight investigators offer you new roles to play as you confront these chilling, inhuman threats. Numerous additional Assets, Spells, Artifacts and Conditions may help investigators or harm them, and for the first time, Adventures and Prelude cards shape the international struggle against the Ancient Ones. Do you have the strength to survive Antarctica’s frozen wastes, encounter the Mountains of Madness, and stave off the end of human civilization?