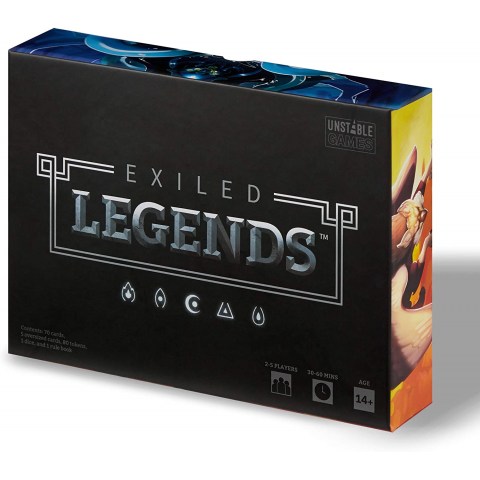 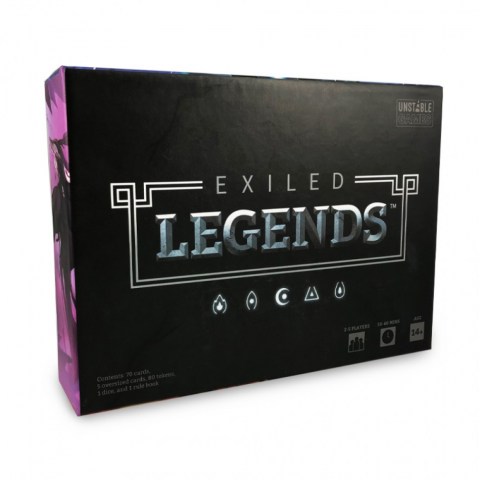 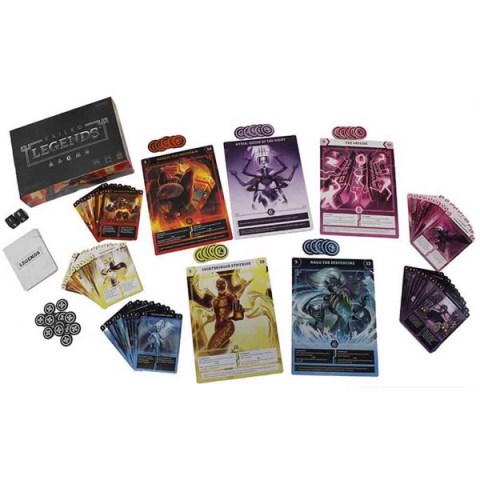 Exiled Legends is a strategic card game where mythical creatures wield incredible power. Play as an Exiled Legend, a powerful deity that rules over the desolate land to which they have been banished. Build your team of Heroes and fight to gain control in the Banesphere. Will you emerge victorious or suffer a bitter defeat?

Fighters gather at the gates of the Banesphere waiting to be selected for battle. As a Legend, you start by choosing six fighters to serve as your Heroes and to enter the Banesphere to test your team's prowess. Your team will have one Champion and two Supports at a time, fighting on your behalf. Each time your Champion is defeated, you will promote one of your Supports and bring in a new fighter to take the vacant Support position.

When you run out of fighters, you must enter the fray yourself. But be warned: if you are defeated, your entire team must immediately retreat from combat and return to the barren wasteland until the next battle.

On their turn, players will manage Bane tokens, activate Hero abilities and attack their opponents' Heroes in order to ultimately destroy their champions and force the Legend into the fray. A Legend emerges victorious when they force their each of their opponents to flee back to the barrens.