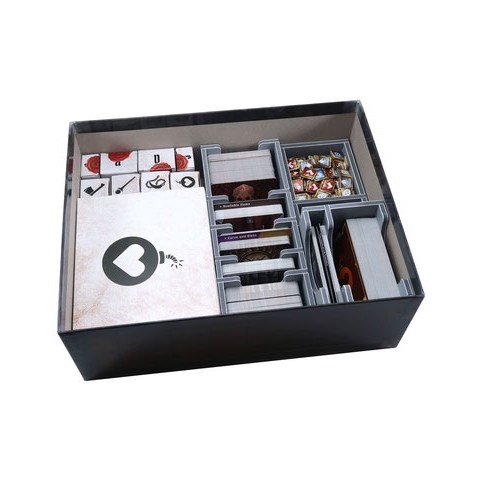 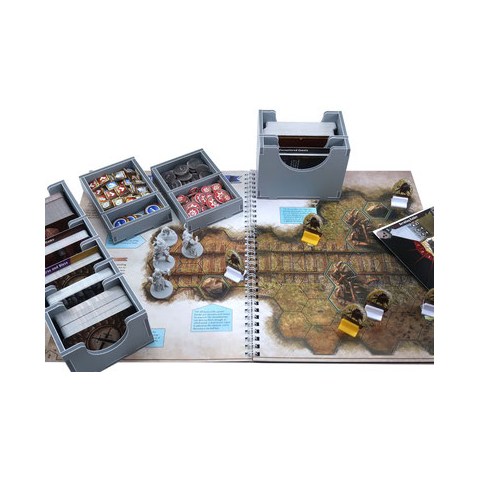 Insert compatible with Gloomhaven: Jaws of the Lion®. The design provides both efficient storage and improved game play. Many of the trays can be utilised during the game, and they greatly aid set-up and clear-away times. The insert is arranged in three layers.

Both the card trays are designed for sleeved cards. Each of them also includes one large slot for storing character cards which are not currently in use. This will allow you to have more space in the character tuck boxes for components and for sleeved cards. Each of the card trays also have space to use the three card dividers that come with the game.

Note that the miniatures remain in their tuck boxes. Also note that while the character tuck boxes are still used to store your characters cards and other player pieces, there is also space in the card trays for cards not currently in use.

Once fully loaded the box is filled to the top, allowing for vertical storage.