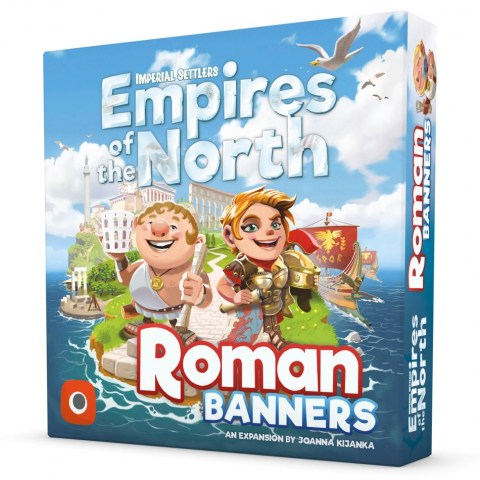 Constantly looking for new realms to conquer, the Roman Empire sails the blue seas and oceans! Their troops discover lands and expand their influence. It didn’t take them long to get involved in conflicts with other kingdoms!

The expansion, Empires of the North: Roman Banners introduces two new Clans to the game, as well as 6 new Islands. Roman Clans offer new strategies and solutions, such as rebuilding small locations to change them into powerful Roman buildings.