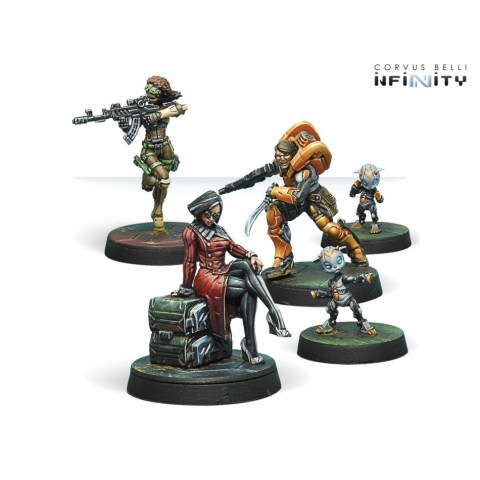 A Freelance Stringer has received a packet with confidential data that unveils a dark plot and the time has come to face a defiant truth. A race against the clock in which the Gui Feng Xi Zhuang and the Husam Leila Sharif will face each other for the control of that information.

This box includes three miniatures: the Yu Jing character Xi Zhuang, the Haqqislam character Leila Sharif, and the civilian Stringer, as well as five postcards - two of them with artwork and three with concept design dossiers. It also includes Haqqislam and Yu Jing Army Lists. Miniatures supplied unassembled and unpainted.