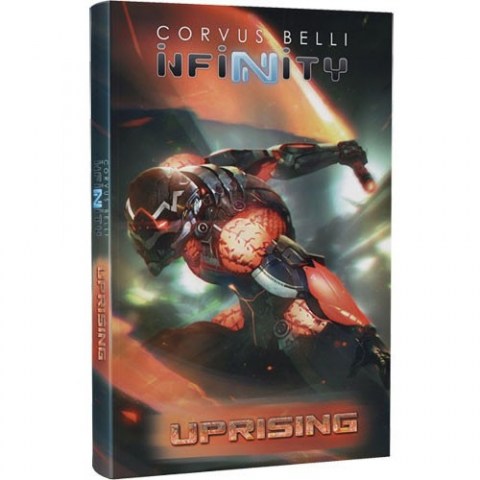 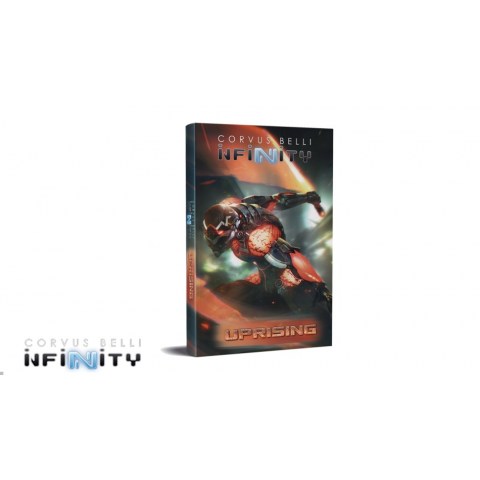 This is a new expansion book that will mark a before and after in the history of the Infinity Universe. Through the long-awaited JSA and Mercs, the Infinity background goes forward in a way unexpected for many. The Japanese Uprising and their schism from Yu Jing bring forth the Non-Aligned Armies (NA2), a new faction that encompasses JSA, plus StarCo, the Ikari Company, and the Druze Bayram Security, the new Mercenary Companies. Also, Infinity Uprising contains all the Dire Foes, with new material that reveals how their stories are linked and contributed to the Japanese Uprising. After Infinity Uprising, the Infinity Universe will never be the same!

This is a new book for Infinity that provides all the details about the new Non-Aligned Armies (NA2), including the mercenary companies StarCo, the Ikari Company, and the Druze Bayram Security. It also contains first-hand information regarding the Japanese Uprising and the fate of the JSA.

In this book, you will also find the background of all the Dire Foes and their seven new, ready-to-play scenarios, in normal or narrative mode and adapted to the ITS format, and the Sectorial Army Charts of the new JSA and the new mercenary companies.