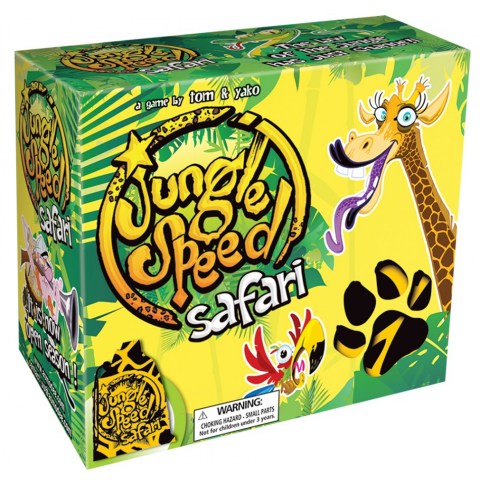 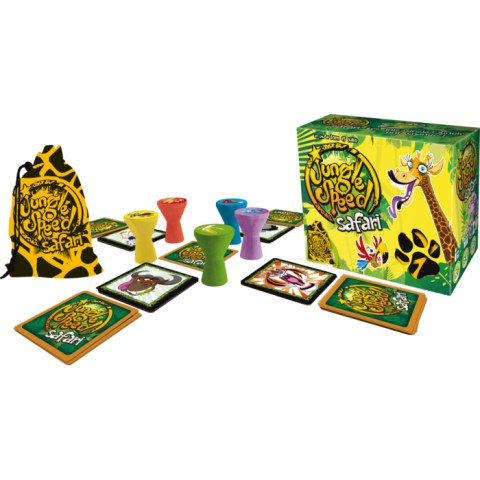 Normally, calm reigns supreme amongst the animals of the jungle, but when the time comes to eat, the animals gather round the forest of totems and their wild instincts take over. The hungriest animals race to catch their prey first. Others become angry and shout, while the chameleon hides. When the hunter appears, there is panic as the animals race to protect themselves!

Jungle Speed Safari is a standalone game that's part of the Jungle Speed family. The core gameplay is the same, with players turning over cards from their personal stacks one by one in front of themselves and reacting when certain cards or combinations of cards appear, but Jungle Speed Safari features five wooden totems to grab instead of one, and you interact with them in different ways, with every card that's revealed possibly triggering an action. If a player reveals a hungry animal card, for example, all players must race to grab the appropriate totem to satisfy the animal. Whoever grabs that totem adds the hungry animal card to his score pile.