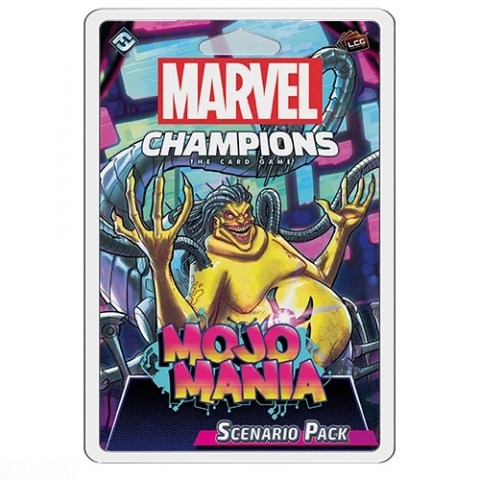 Welcome, one and all!

Join us in the marvelous and magnificent Mojoverse, a terrifically televised realm of nonstop entertainment and jaw-dropping drama. We have a really special show for you tonight, folks: a bunch of upstart heroes think they can triumph over the trials before them, but will they actually manage to make a scene? Or will they drop off the charts like a bunch of has-beens? Stay tuned to find out!

This 78-card scenario pack introduces three brand-new scenarios to the game, each featuring a different member of the Mojoverse. These scenarios can be played standalone or sequentially as the game’s very first three-part mini-campaign. Also included are six new modular encounter sets that can be added to any Marvel Champions scenario, expanding the game’s customization options to starry new heights. Do you have what it takes to survive the most dangerous reality TV ever?