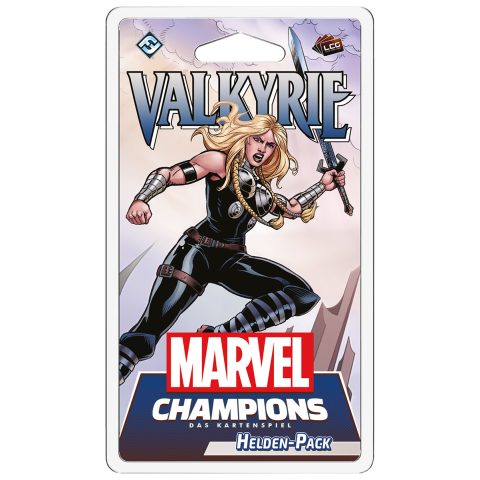 Appointed as leader of the legendary Valkyrior by Odin, Brunnhilde defied the All-Father’s wishes by leaving Asgard to join the Avengers. Since that day, she has dedicated herself to the defense of Midgard as the valiant Valkyrie!

As a member of the mighty Valkyrior, Valkyrie charges into battle in this expansion pack, which introduces her as a brand-new playable hero along with her sixteen signature cards. With a pre-built Aggression deck ready to go, you can take a stab at Valkyrie’s dueling-focused gameplay from the moment you open the box. With strong attacks and plenty of stat boosts, this is one Asgardian that you won’t want to mess with!