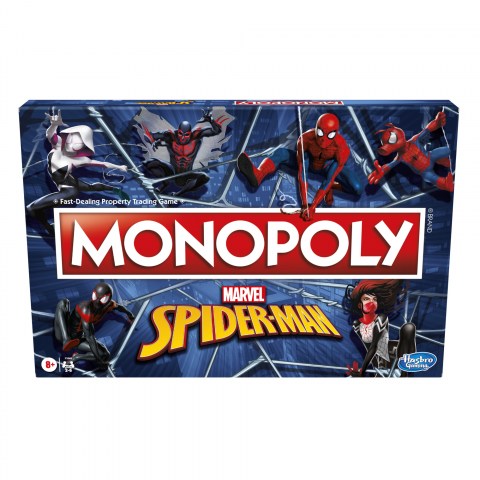 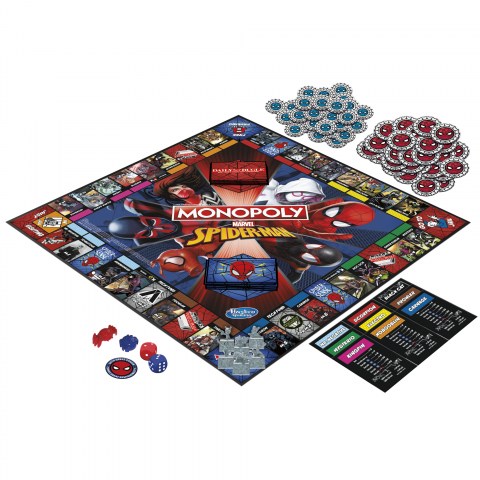 Web sling into action with this Marvel Spider-Man edition of the classic Monopoly board game. Players can imagine suiting up as a favorite Marvel super hero to protect New York City from Super Villains. Monopoly tokens represent six heroes from across the Spider-Man Universe. Players get to take the subway for shortcuts, grab the Symbol of Great Responsibility to unlock a super hero's unique ability, and use Daily Bugle cards to scheme against opponents.