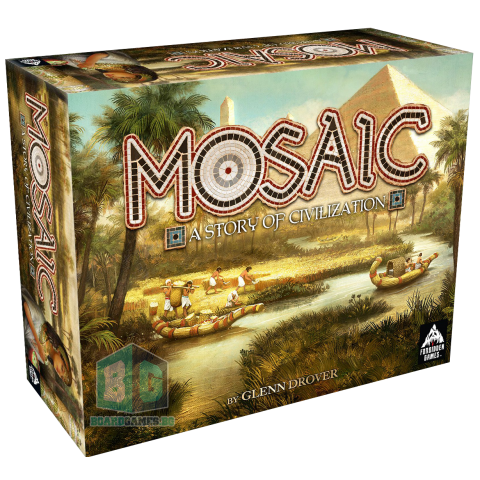 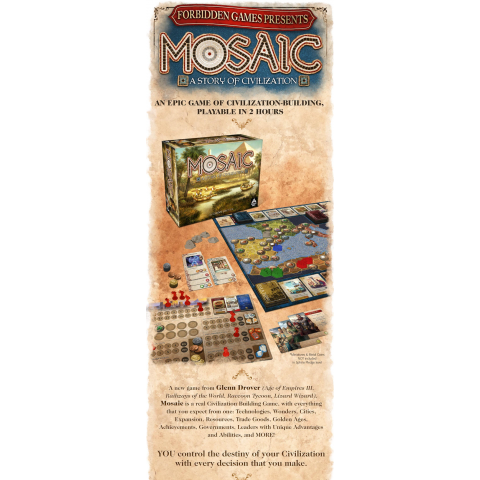 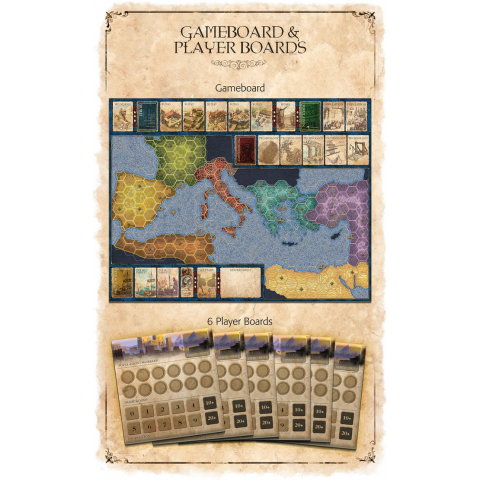 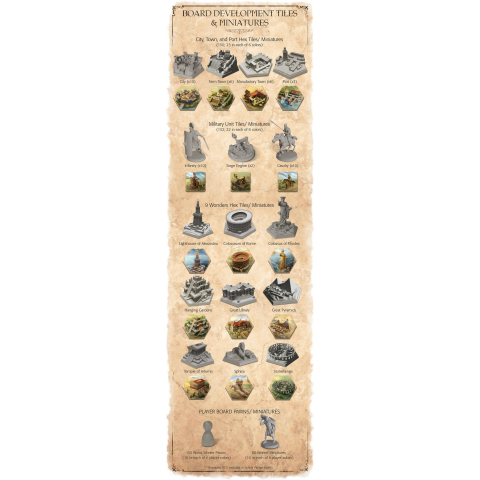 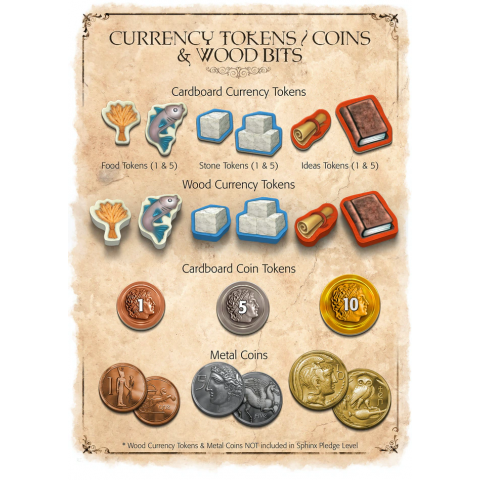 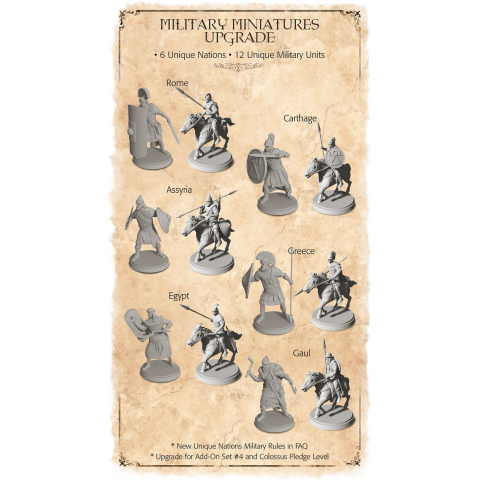 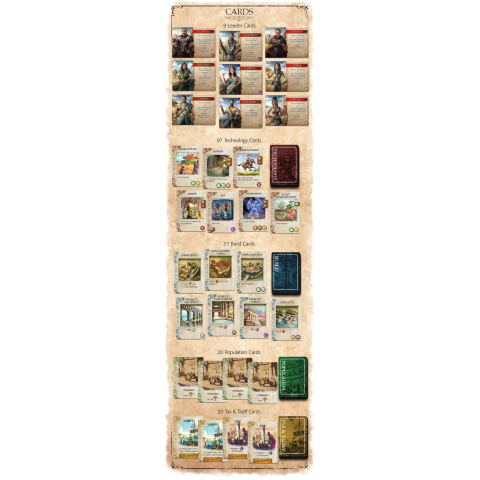 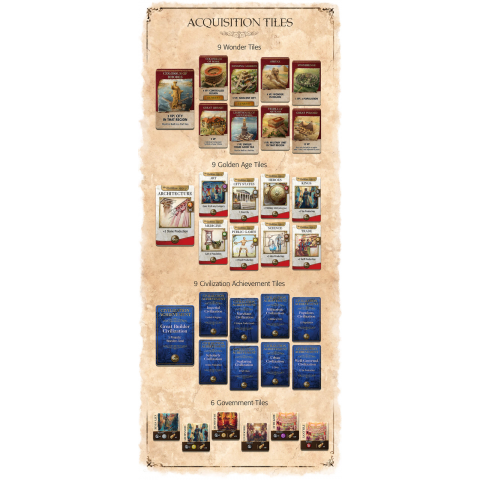 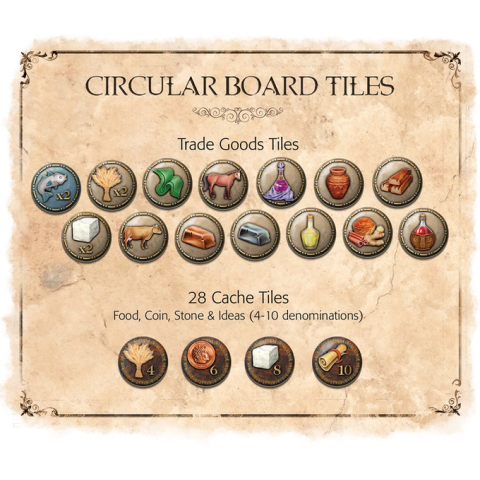 Mosaic: A Story of Civilization is a Civilization-Building game from Glenn Drover, designer of, among others, Age of Empires III: The Age of Discovery, Railways of the World, Sid Meier's Civilization: The Boardgame, and Raccoon Tycoon.

Mosaic is an action selection game. On your turn, you will perform one of seven actions:

All Technologies and Projects give your Civilization unique abilities, as well as symbols that represent the increase in one of the 9 Components of Civilization:

Acquiring these Components is important in creating the unique mosaic of your civilization. They are used as prerequisites for many new technologies, as well as for scoring. Also, by pursuing specialization in one or more Civilization Components, you may be able to claim a ‘Golden Age’ of that type.