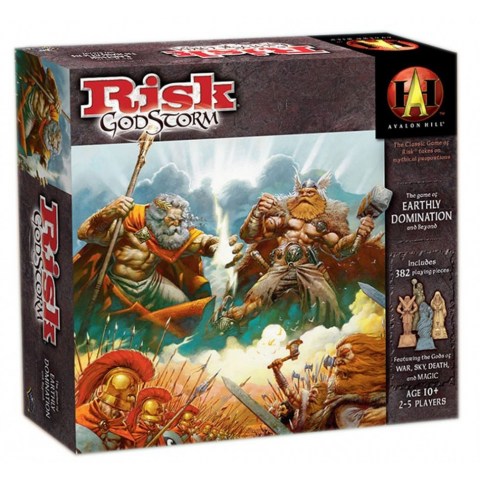 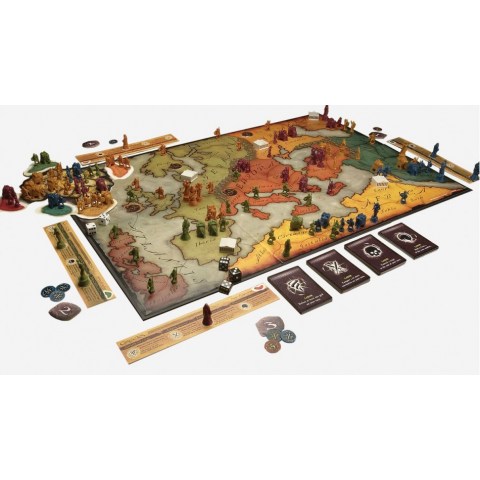 The Classic Game of Risk in mythical proportions. Armies and gods fight for domination of ancient Earth and the underworld.

Enter a time of myths and legends. Enter the world of Risk Godstorm, where ancient faiths and fears rule. Battle across the Earth and in the dark regions below. Harness spiritual forces to strike with devastating power. Command five ancient cultures -- Greek, Celtic, Babylonian, Norse, and Egyptian -- in a continent-spanning battle that will determine whose civilization reigns supreme. Rest assured, the gods will not sit idle in this war.

Risk Godstorm also includes everything needed to play the classic game of Risk on an Ancient Earth Gameboard.