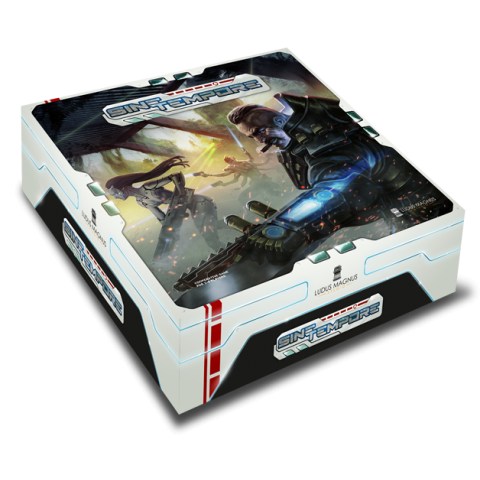 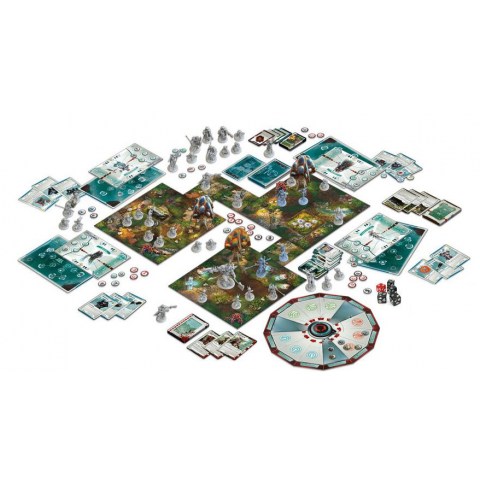 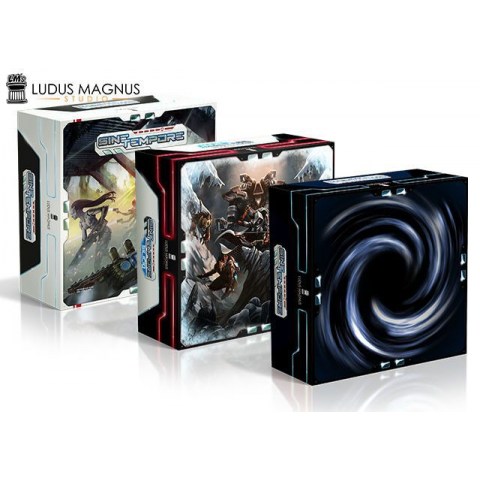 Sine Tempore is a cooperative game in which 1 - 4 players face the game’s artificial intelligence as part of a campaign, which guides them to one of three different endings.

Sine Tempore is a game rich in high-detailed miniatures that plunge players into the planet’s alien atmosphere, guided by spectacular scenarios.

Each mission has an objective that needs to be successfully reached to determine whether or not a territory has been conquered, and whether or not new sectors can still be explored.

During the end game phase, each conquered sector will provide colonists with access to the resources they need to build new structures and equipment.

The final mission taken on by players will radically change their destiny.

Sine Tempore will take you back to a faraway past, thousands of years before Nova Aetas, exploring new worlds in search of a new home where characters can live and prosper.

During this long journey, your spaceship will come across a number of different alien species, some friendly, others somewhat suspicious or openly hostile.

In the box you’ll find 39 miniatures, 4 of which are heroes, with whom you will delve into the dangers of Primevus V, through unexplored jungles, used as hunting grounds by Primaevi and the ancient ruins of civilisation used by the latter as a resting base.
A campaign designed to be replayed with different paths each time will lead you to 3 different endings in your search for the resources you need to survive.

An efficient “end game” system will help you to develop your characters through a modern tree skill system and a tested crafting mechanism inspired by Nova Aetas.