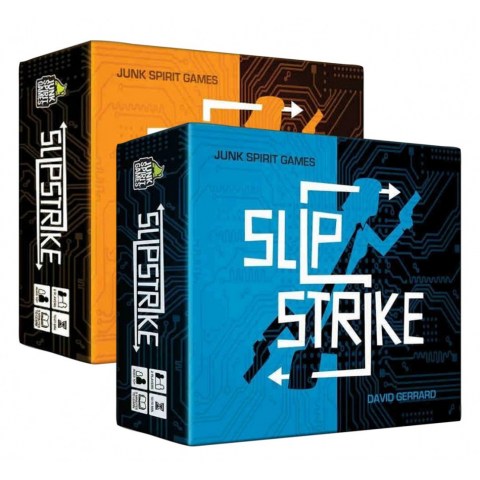 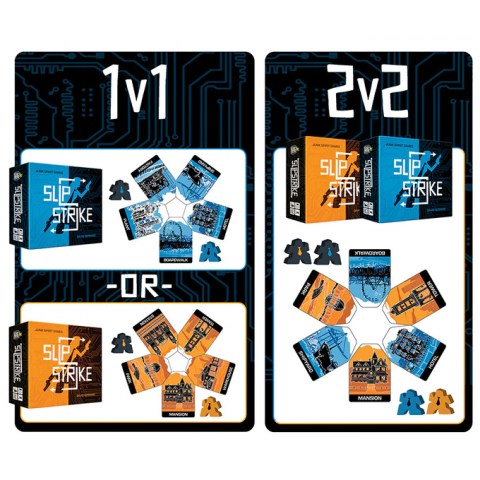 Slip Strike is a competitive two-player game in which agents have slipped into another dimension to fight it out using teleportation, time-travel, and a variety of weapons.

Each round, both players select two cards from their hand of ten as their actions, placing them face down. They simultaneously reveal these actions one at a time, resolving them one after the other. Each player is trying to strike their opponent while avoiding a strike themselves. If a player takes a strike, they lose the game, but that player can permanently discard a teleport card to "Slip" out of the location, time-traveling to a time when they were not there. Eventually you or your opponent will run out of the ability to Slip, and then the victor will successfully knock that player out of the dimension and win the game.

Slip Strike is normally a two-player game, but by combining the blue and orange editions — each of which has different art and asset cards — you can play with up to four in the same game.