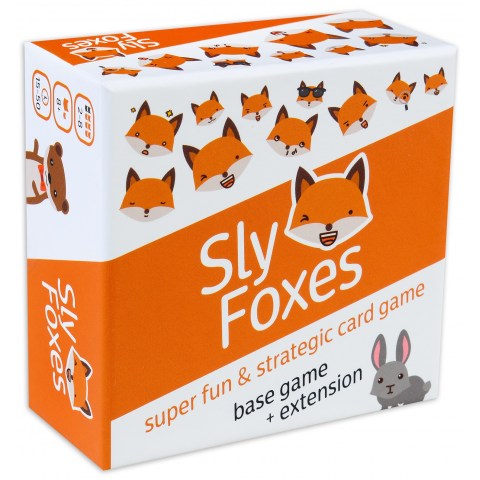 Sly Foxes is a super fun and highly strategic card game in which you have to outsmart the other players… ughm… I mean foxes! You can do that with the help of a hedgehog hug, nosy weasels, pouring vodka instead of water, giving long-forgotten cookies and many more! We don't have unicorns, explosions or kittens, but if you're into foxes, turtles, NINJA-DEER, rabbits, squirrels and other cute animals, then try this game!

The cards get separated into 2 decks - attack and defence cards. There are special cards too, like ‘I don't care’ which protects you against attacks and nosey weasels, who in turn interfere during other players' turns. In the beginning each player has 3 lives, gets 3 cards from each deck and a secret character that helps them in certain situations.

When it's your turn you either draw a card or attack a player of your choice. The player who eliminates everyone else wins the game and gets proclaimed the slyest fox in the woods. You can also play the game in teams and this makes it even more fun!