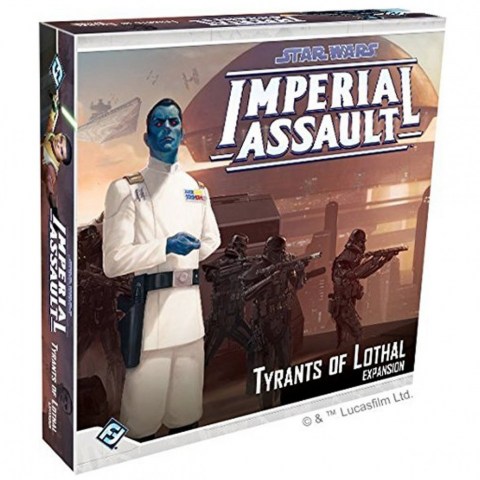 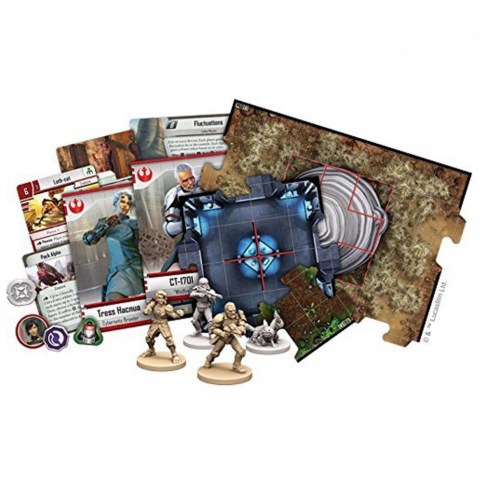 "I will start my operations here and pull the Rebels apart, piece by piece. They will be the architects of their own destruction."
–Grand Admiral Thrawn, Star Wars Rebels

The struggle against the Empire is just beginning. Throughout the galaxy, resistance groups have begun to join together into a Rebel Alliance. The Outer Rim planet of Lothal is under the watchful eyes of Grand Admiral Thrawn, who monitors the planet for Rebel activity, looking to crush it beneath the Empire's heel. The Lothal Resistance has arisen to fight back against this tyrannical oppression, and now it's your turn to answer the call!

Tyrants of Lothal introduces new heroes, enemies, allies, map tiles and a six-part mini-campaign for Imperial Assault, the strategy game of epic missions and thrilling combat. These components bring the planet of Lothal to life and give you the oppurtunity to join the burgeoning Rebel Alliance. Whether it's in a campaign or skirmish game, the fate of the Rebellion rests on your shoulders… but you're not alone. Join the crew of the Ghost from Star Wars Rebels in your epic fight against Grand Admiral Thrawn, your dealings with the shifty pirate Hondo Ohnaka, and your mission to take down the tyrants of Lothal!