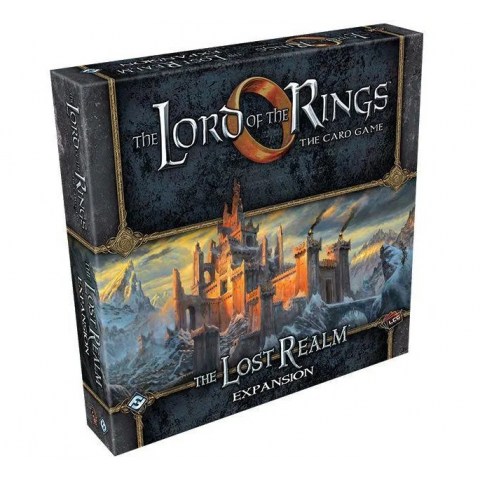 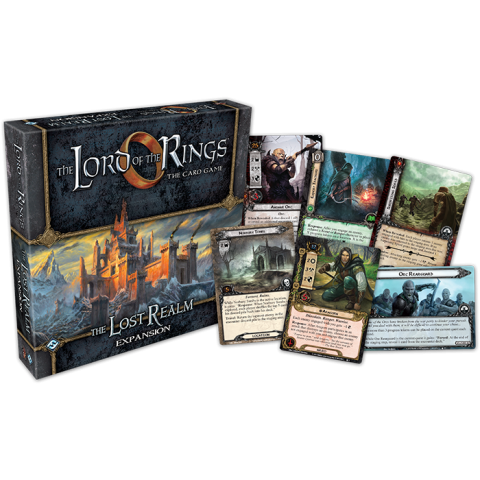 “Many evil things there are that your strong walls and bright swords do not stay. You know little of the lands beyond your bounds. Peace and freedom, do you say? The North would have known them little but for us.”
–Aragorn, The Fellowship of the Ring

The Lost Realm is the fourth deluxe expansion for The Lord of the Rings: The Card Game, and its 165 cards bring new focus to the wilds of the North, where a handful of Dúnedain Rangers tirelessly hunt down the Dark Lord’s servants, wherever they may wander, in order to safeguard the quiet and simple lands to their south.

As part of this focus, The Lost Realm introduces two new Dúnedain heroes, numerous Dúnedain allies, and a wealth of player cards that reward players for engaging enemies. Additionally, The Lost Realm relates the dangers of the North in nine encounter sets that you and your friends will use to play through the expansion’s three new scenarios. These encounter sets also lay the foundation for future journeys into the Angmar Awakened cycle of Adventure Packs.