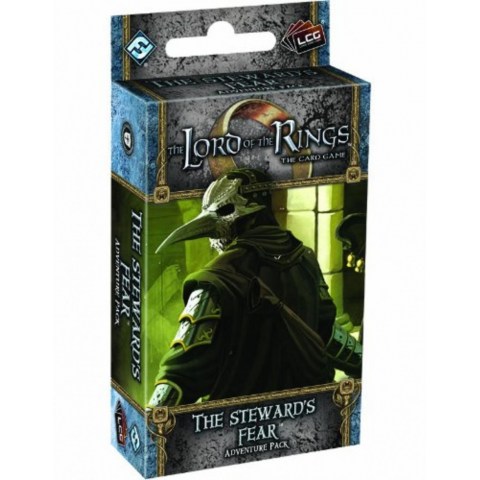 The Lord of the Rings: The Card Game - The Steward's Fear, the first Adventure Pack in the "Against the Shadow" cycle, is a tale of corruption within the heart of Gondor that follows immediately after the events of the Heirs of Númenor expansion. Its sixty new cards include a new hero, three copies of each new player card, and a clever new scenario. When Middle-earth's heroes investigate a plot against the realm of Gondor, their search for clues leads them out of the main streets and back alleys of Minas Tirith – deep into an underworld where nefarious plots and deadly villains await them.