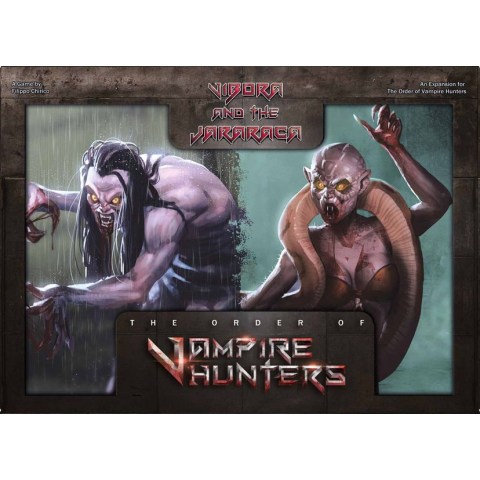 Vibora is a powerful Elder Vampire, more than 500 years old. She is always seen with a small pack of decrepit minionsand her familiar, a massive python, Culebra. Her origins are lost in time, but her reptilian nature is clear. She controls all snakes in her vicinity and has a life-sustaining bond with Culebra: the python is as old as she is. Many in the Order say that Culebra is the source of her power, not vice versa. Early stories describe Vibora as a beautiful, beguiling woman but this could simply be a myth. Now, she is a hideous scaled creature. Hunters that have survived an encounter with Vibora report it is the snake’s writhing dance that captivates them, not Vibora’s charms.

The Jararaca are not of the true Vampire bloodline and don’t live as their own clan. They are simply Vibora’s most recent victims, unfortunate humans that persist in the undead state for a short while after they have turned. They are weak and tainted, not surviving long at best, and expiring quickly if separated from Vibora and the pack: what little life force Vibora passes on to them seems to be sustained only when they are together.