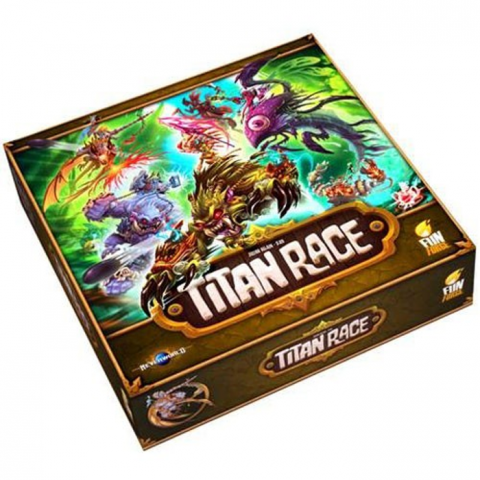 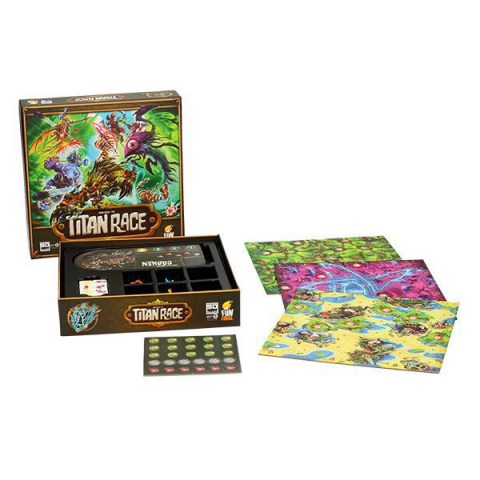 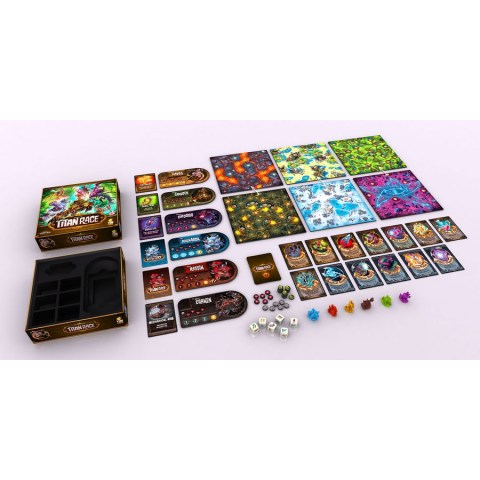 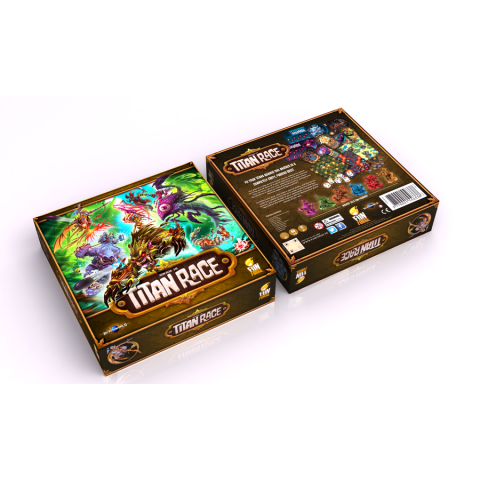 In Titan Race, each player controls a titan, with everyone racing on a torus, shooting at one another, and getting shot at in return.

To move, you roll dice, then choose the movement showing on one of the dice; if that die matches the color of your jockey, then you get to use your special power. Effect cards allow for protection abilities and other trickery.

The game board is an infinite circuit that wraps around at opposite sides. Each circuit has specific features that allow for interesting tactical maneuvers. Movement is governed by drafting dice from a pool rolled at the beginning of each round. If you choose a die that matches the color of your titan, you regain a life point.

When you ram into another titan by moving into the same space, you push that titan and deal them damage. There are also ways to lay traps on the circuit that will damage titans who encounter them. If you get KO'd due to taking too much damage, you'll spend a turn resetting right where you were knocked out, but you're not out of the race.

Each titan has a special ability that can be activated once each round. Moving into certain bonus spaces on the circuit also grant players bonus cards that can be played for additional effects.