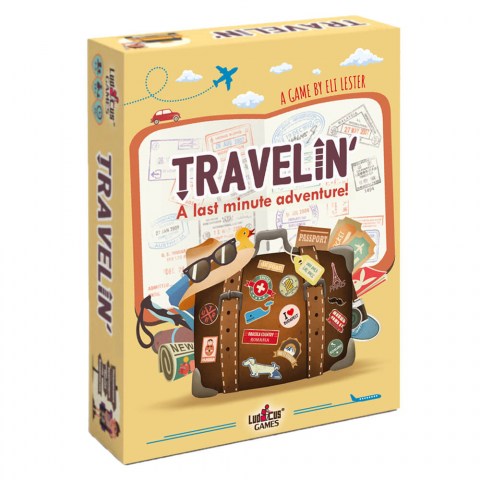 In Travelin', you're a traveler making your way through Europe using a combination of trains, buses, and planes. Built to be accessible for non-gamers while at the same time having solid strategy, Travelin' uses card drafting, hand management, set collection, and take-that mechanisms to inform gameplay.

Turn-based and consisting of draw, action, and discard phases, the goal of Travelin' is to amass the most points before the game ends (which happens once one player has reached five countries). You could go the fast and furious route, racing through countries like France and Germany to speed up the end of the game, or you could take a long-haul strategy of collecting high-point countries like Cyprus or Iceland. Each player starts with eight cards — countries to be played and actions to be taken.

Whatever road you choose, you'll be forced to adapt your strategy to opponents and keep a delicate balance between stopping their travels and advancing your own.