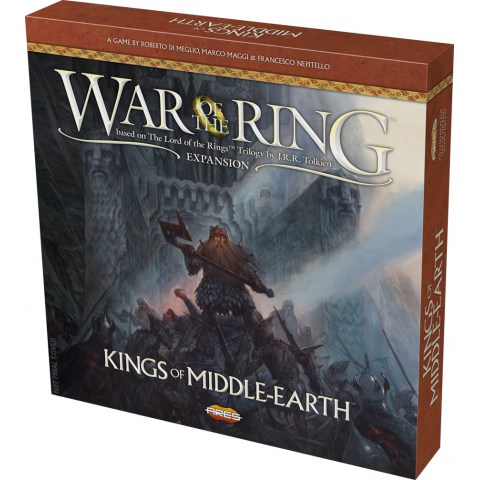 Years before the War of the Ring, the Dark Lord Sauron tried to bend the will of the kings and rulers of the Free Peoples with subtle machinations. His goal was to turn them into powerless puppets, or at least to weaken them in preparation of his plans for conquest. When the war came, they fought the Dark Lord valiantly, but for some of them the weakness that Sauron nurtured proved almost fatal.

The role of the rulers of the Free Peoples, and their weaknesses, is the focus of Kings of Middle-earth, the third expansion for War of the Ring. The part they played in the story is greatly expanded, with new figures and rules that bring to life Theodén, Denethor, Daìn, Brand, and Thranduil. Additional rules for siege battles, including siege machine figures, and new units to expand the Shadow Armies are included.