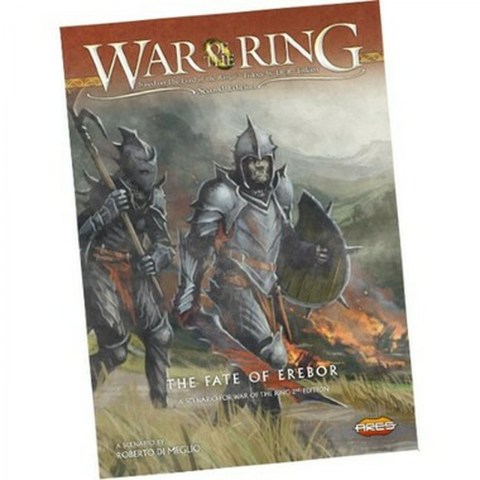 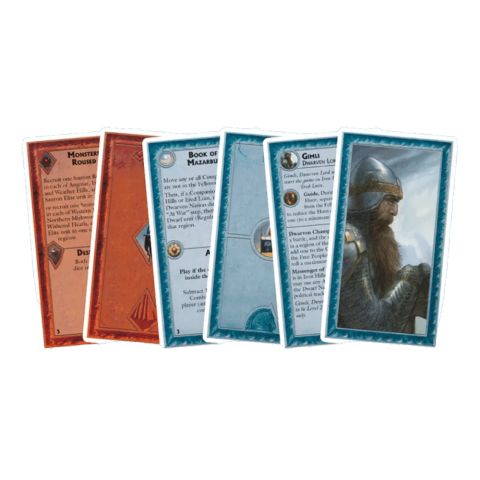 What if the Battle of Five Armies was lost by the Free Peoples, and Dáin never became King Under the Mountain? What if the Dwarves of the Iron Hills were just the scattered survivors of their kin, fighting a strenuous battle to defend their homes? What if Dale was never rebuilt?

When playing the War of the Ring boardgame, we assume the “historical” outcome for the Battle of Five Armies. The Fate of Erebor is a variant for War of the Ring which you play assuming the Shadow player won the Battle of Five Armies, changing the course of history drastically. Orcs settle in the Lonely Mountain and establish a stronghold there. Dwarves remain in the Iron Hills, but their community is far from thriving. In the wake of the lost battle, Laketown is no more, and the Kingdom of Dale is never re-established, only ruins remaining. How much can the Fate of Erebor change the course of the War of the Ring? You can find out, playing this variant.
In this mini-expansion set for the War of the Ring boardgame, you can find all you need to “adapt” the game to this possible outcome of the Battle of Five Armies. You can find in this set a rule sheet, 4 board overlay tiles to place on the game board, 8 alternate cards (4 Free Peoples Event cards, 2 Shadow Event cards, and 2 Alternate Gimli Character cards).

In the rule sheet you find the new set up with the changes on the map, and all the instructions to play this alternative scenario, increasing the game’s possibilities for all the fans.
THIS IS NOT A COMPLETE GAME.
You must own a copy of War of the Ring Set to play.