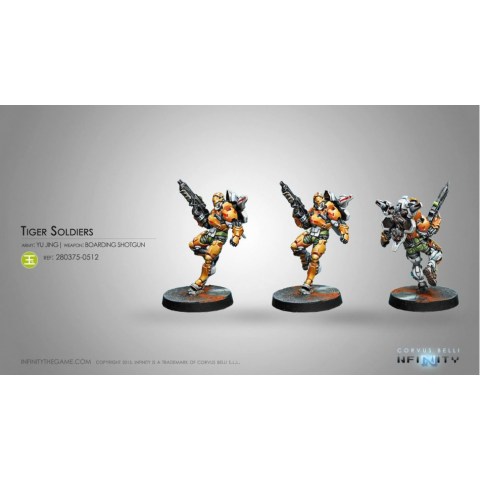 In Chinese tradition the Tiger is the most powerful animal after the Dragon, which is the Emperor.

The Tiger Soldiers are an elite airborne unit of the State, so they are used to being deployed in the hot spot of the battle. They are characterised by their audacious, lethal and rapid attacks and so earning renown for their ferocity.

Their operational tasks include movement towards the enemy, hostile contact, ambush, reconnaissance the making of hasty defences. As a Special Secret Operations force, they receive the hardest and strictest training in the Yu Jing army