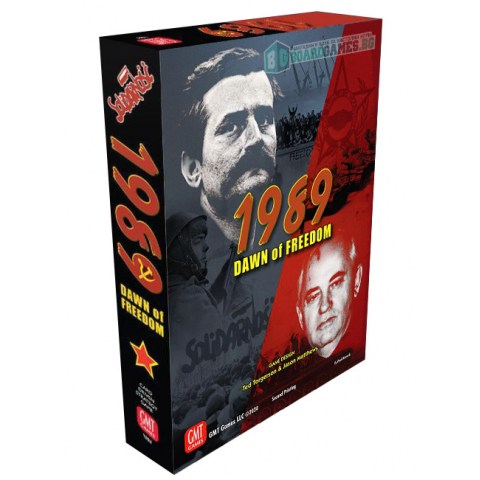 1989: Dawn of Freedom is an exciting, fast paced game simulating the end of the Cold War in 1989. During this amazing year, a series of democratic revolutions ended the 40 year Soviet empire in Eastern Europe. 1989 simulates the political, social and economic aspects of these revolutions using a card-driven system similar to Twilight Struggle.