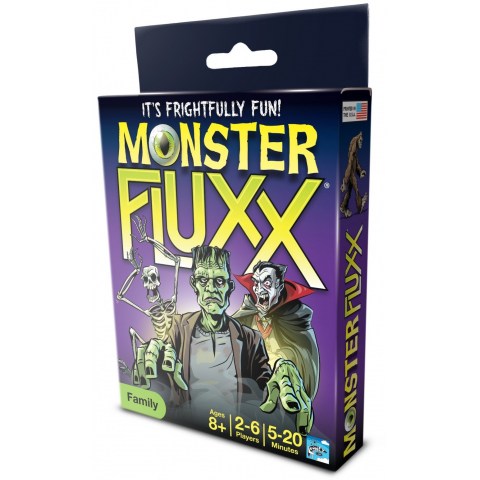 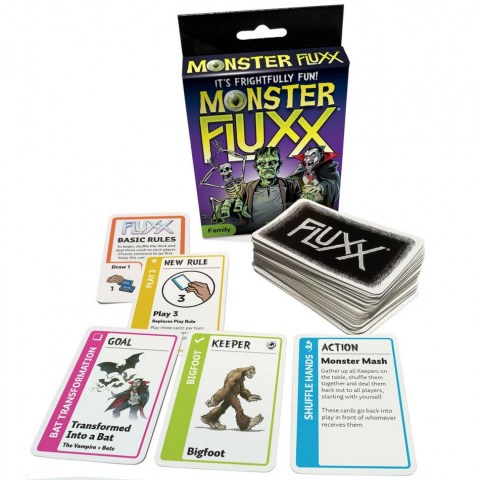 With Monster Fluxx, Looney Labs returns to the monster theme first explored in Zombie Fluxx, but now the zombies are joined by vampires, skeletons, an angry mob of villagers, and even Bigfoot — all in a simple version of Fluxx available only at Target stores in the U.S.

As with all versions of Fluxx, the rules start in Monster Fluxx as "Draw 1, Play 1", but players can play New Rule cards to change the rules of the game. Goal cards change the winning conditions, which are met by a player having certain Keeper cards in front of him. Players also play Action cards for one-time effects.

This set is a Target US exclusive, not available for international customers.