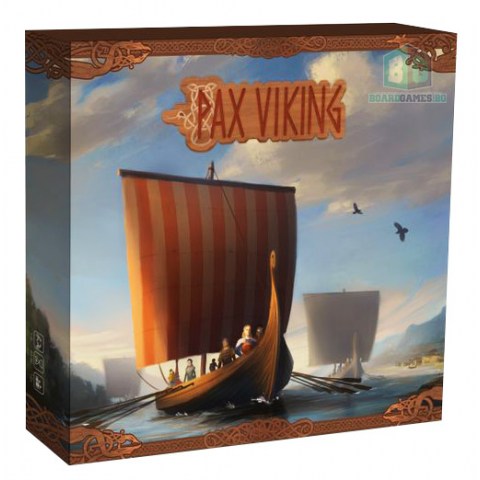 Pax Viking is a strategic, historical card game for 1-6 players age 12 and up, about the less known Vikings, those who travelled eastwards. These came primarily from Sweden and were for the most part merchants. They were skillful opportunists both in matter of silver and axes. Ready to use whichever works best as a tool in the current situation they encountered. They did so with the same adventurous explorer mindset found among the westward travelling Vikings, and reached far to the south and east in their journeys, forming many strong connections, founding societies and future empires on their way.

In Pax Vikings you represent a Jarl, one of the powerful leaders in the nordics during the 10th century that may have had ambitions towards ruling Sweden. The game takes place just before the turn of the previous millennia. Your goal is to build your family's power through trade, personal connections and smart, but sometimes deceitful actions. With the ultimate goal to become the first King to rule Sweden.

There are 4 main paths that history may take. During the game you will strive to have a high reputation in one or more of these.

The window of opportunity to win comes through the Event cards. Every time an Event card is played during a winter-action it will include a check-for-win for one or more of the 4 paths.