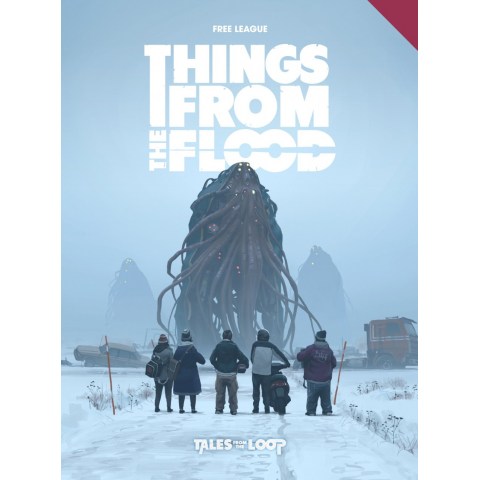 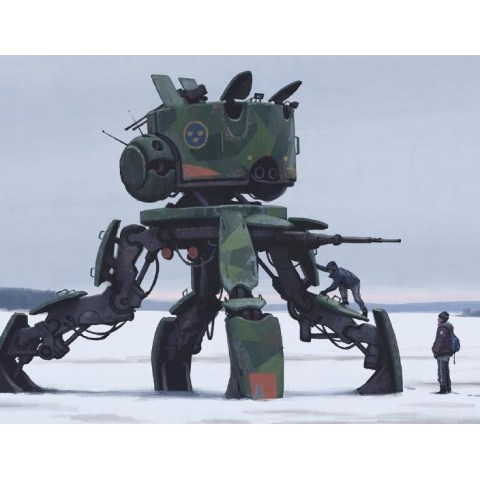 Somewhere out there beyond the cordons, beyond the fields and marshes, abandoned machines roamed like stray dogs. They wandered about impatiently, restless in the new wind sweeping through the country. They smelled something in the air, something unfamiliar.

Perhaps, if we had listened closely, we would also have heard it. We may have heard the sound rising from the forgotten and sealed caverns in the depths: the muffled pounding from something trying to get out.

Welcome back to the world of the Loop – things are different now.

Simon Stålenhag’s paintings of Swedish retro futuristic suburbia, populated by fantastic machines and strange creatures, have won global acclaim. The award-winning Tales from the Loop tabletop roleplaying game was released in 2017 and let you experience this amazing world first hand. Now you can return to the Loop in this stand-alone sequel game that continues the story into the 1990s. But remember – this time you can die.

PRAISE FOR TALES FROM THE LOOP RPG

“RPG Tales from the Loop lets you channel Stranger Things and ET.”

“A gorgeous trip into a time that only happened in our imaginations, and yet it feels incredibly relatable.”

Gold winner in five categories at the ENnie Awards 2017: