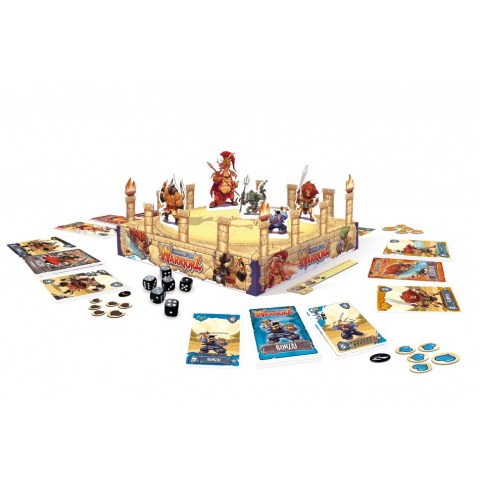 In the game, each player picks one of the included characters, then either individually or in teams they fight it out in the small arena by carefully managing their action cards. After each player picks an action card in secret, players act in order of initiative, counting down from eight to seven to six, etc., with a player calling out their action when their initiative number is called. (In the event of a tie, you refer to values on the individuals cards to see who acts first.) Faster characters tend to be weaker, but ideally they can get their best shots in first, with dice being rolled to determine the results of various attacks.