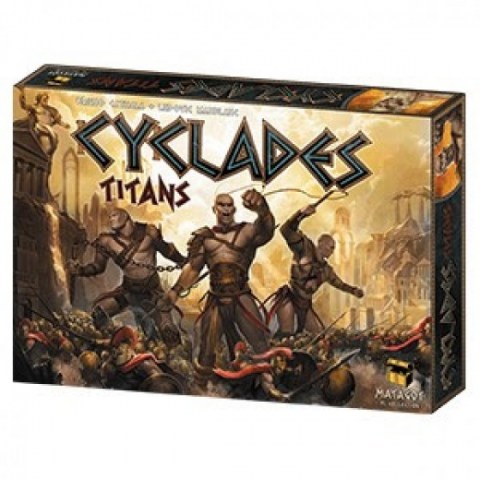 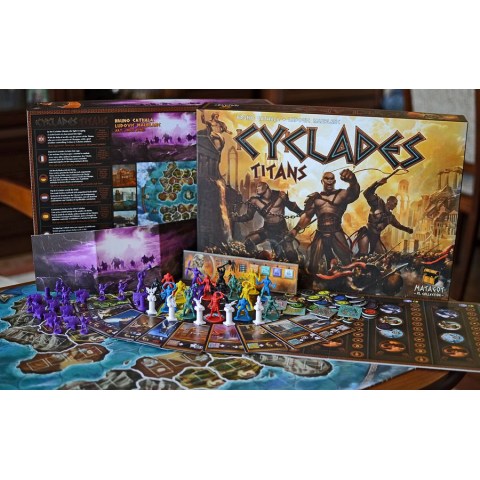 Cyclades: Titans, the second expansion for Cyclades, includes a new game board with large islands on which ground attacks can be carried out as well as the Titans of Greek legend, who can conduct attacks without the help of Ares.

In the Cyclades archipelago, tension has reached a boiling point.
The conflict is now focused mainly on two large neighboring islands. With the help of the Gods, there are now 6 great cities of ancient Greece fighting for supremacy.
Now, more than ever, the war is raging. And on top of all that, Kronos decided to join the party, and with him comes a horde of Titans, ready to annihilate everything in their path… The Titans expansion allows for up to 6 players, and offers 2 game modes: