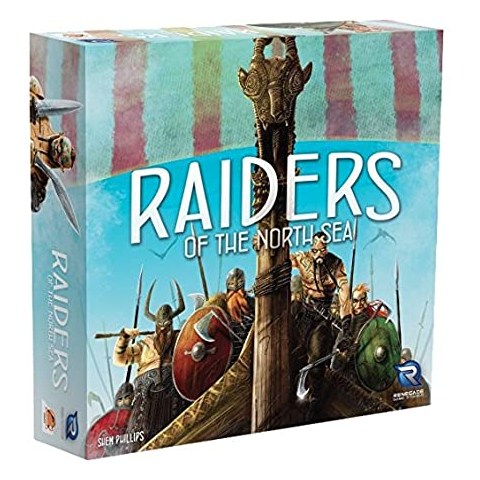 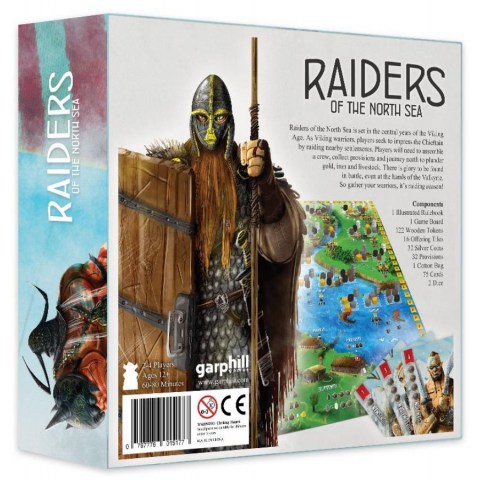 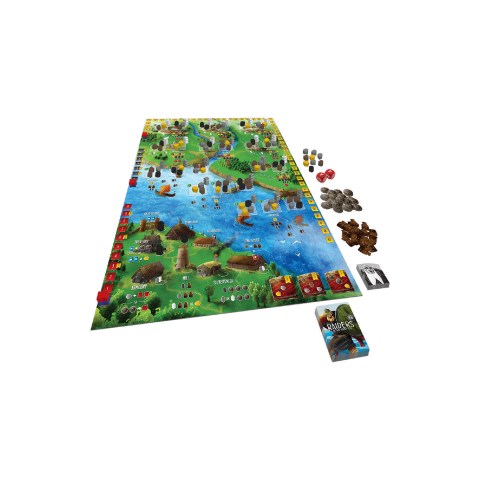 Raiders of the North Sea is set in the central years of the Viking Age. As Viking warriors, players seek to impress the Chieftain by raiding unsuspecting settlements. Players will need to assemble a crew, collect provisions and journey north to plunder gold, iron and livestock. There is glory to be found in battle, even at the hands of the Valkyrie. So gather your warriors, it’s raiding season!


Aim of the Game

The aim of Raiders of the North Sea is to impress the Chieftain by having the most Victory Points (VP) at the game’s end. Victory Points are gained primarily by raiding Settlements, taking Plunder and making Offerings to the Chieftain. How players use their Plunder is also vital to their success. The game ends when either only 1 Fortress raid remains, all Valkyrie are removed, or all Offerings have been made.

Proceeding clockwise from the starting player, each player takes his turn in full. On his turn, a player may choose to Work or Raid. Players continue to take turns until 1 of the 3 end-game conditions has been met. Regardless of choices, each turn follows the same pattern:

Working
Having a good Crew and enough provisions are vital to successful raiding. So before making any raids, players will need to do some work to prepare their Crew and collect supplies. This is all done in the Village, at the bottom of the board. There are 8 different buildings, with various actions. Players must first place their one and only Worker in an available building (where there is no Worker present), before picking up a different Worker from a different building (where there is a Worker present).

Raiding
Once players have hired enough Crew and collected Provisions, they may choose to raid on their turn. To raid a Settlement (Harbour, Outpost, Monastery or Fortress), players need to meet 3 requirements. They must have:


End of the Game

There are 3 ways the game can end:

1. There is only 1 set of Plunder left in the Fortresses (1 of the 6 Fortress raids remains).
2. The Offering Draw Pile has been emptied.
3. There are no Valkyrie left on the board.