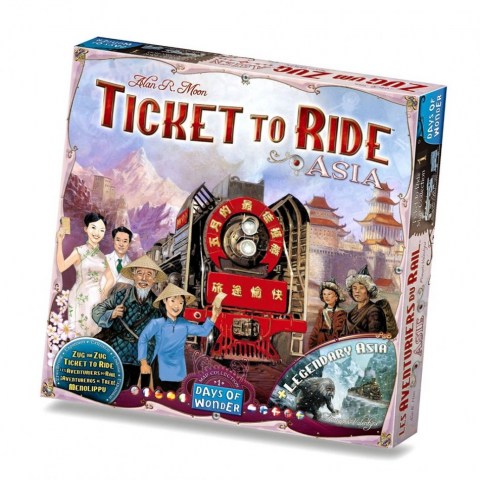 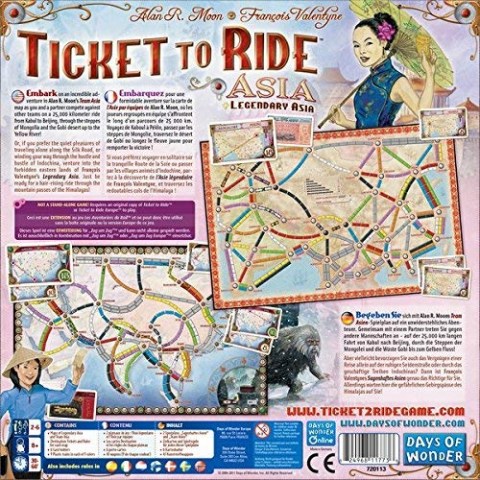 Days of Wonder's Ticket to Ride Map Collection is a series of expansions for Alan R. Moon's Ticket to Ride, with each expansion including a double-sided game board and destination tickets and rules for those locations.

• Team Asia from Alan R. Moon – Four or six players compete as two-player teams, with teammates sitting next to one another at the table. Each player has her own secret hand of cards and tickets, in addition to some cards and tickets being placed in a shared cardholder that either player on the team can access.

• Legendary Asia from François Valentyne – The main change in this set-up is that some of the routes through Asia are labeled mountain routes, with one or more spaces on the route bearing an X. Whenever a player claims one of these routes, she must place a train from her reserve in the Mountain Crossing area of the game board, earning two points for each such train but losing access to them for the rest of the game. The player who connects to the most cities in a single network earns a ten point "Asian Explorer" bonus.